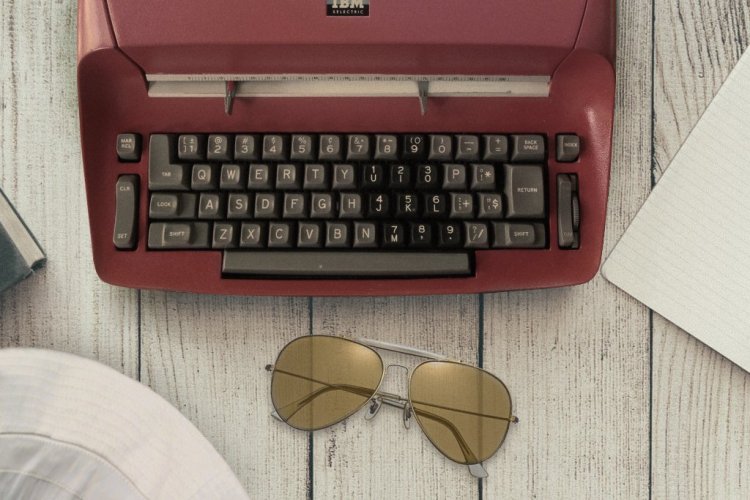 THE famous illustrator of Hunter S Thompson’s work had a precious personal letter from the gonzo journalist stolen when he gave a talk to fans in north London.

Ralph Steadman, 72, spoke at the Tricycle Theatre in Kilburn about the late American writer, after a screening of the new film on his life Gonzo: The Life And Works Of Dr Hunter S Thompson.

While Mr Steadman talked to fans and signed books afterwards, someone stole an original fax which was among the artist’s possessions.

Mr Steadman, who illustrated Fear and Loathing In Las Vegas as well as much more of Thompson’s work, said: “It was a fax he sent me on Christmas day in 1988. It started Merry Christmas! HO! HO! HO! And was handwritten – six pages long.

“I took it along to read out and I just never thought to make a copy of it. I left it on stage while I talked to people and while I was doing that someone just lifted it.

“It is a rotten thing to do. A dirty little trick. I would have been happy to make a copy for the person who took it and I would have signed it for them, done a drawing – anything they wanted.

“I didn’t think that someone would steal it. That is not gonzo it’s bad gonzo – it’s bonzo.”

Mr Steadman is known for his work on Punch, Private Eye and New Statesman, as well as being the long established partner in crime to the writer.

The pair met in Kentucky when Mr Steadman was sent to cover a race meeting for a magazine.

After a week’s drinking they became friends for more than 35 years and started the partnership which is now world-famous.

Mr Steadman was the man who organised the funeral Thompson had been planning for years, after he shot himself in 2005. His ashes were launched into the air with a cannon.

“I’ve got lots of stuff but that’s not the point,” Mr Steadman continued.

“It is part of the gonzo collection. It was a letter in what he would have called his gibberish. It was about an animal he killed – some kind of dog – because it was threatening his peacocks.

“I don’t steal things from people so why should they steal from me?

“I don’t know why people have to be like that but I think that’s the way we are now – we’ve gone down that terrible road of meanness.

“I don’t think people were ever as mean as they are now.”

Mr Steadman travelled from his home in Kent for the talk and has offered to send a signed copy to anyone who returns the original letter.

The theatre is calling on anyone with information to come forward. Tricycle artistic director Nicolas Kent said: “Ralph very generously gave up his time to come and do the Q&A at the Tricycle. I’m very sad that somebody came and took away his treasured possession.

“Maybe they thought it was not important, but I know that it is and I know that he would like it back.

Ok somebody out there knows where this is so please come forward if you have any information. Feel free to email us at totallygonzo@gmail.com and we will pass on any helpful details to Ralph. Nobody is interested in getting anyone in trouble, it was probably unintentional, so just help get this fax back to Ralph where it belongs.

The Mint 400 - Special Breed (Foil AP) by @joeyfeldmanartist Hand-numbered #10 of edition of 10, Signed. My first Feldman piece, looking forward to getting it framed and on the wall. #Mint400 #JoeyFeldman #Gonzo
#Repost @munleycustomleather See below for competition details and MOST IMPORTANTLY - enter on their page, not here, though feel free to comment on the item below. • • • • • • It’s giveaway time for this 100% hand cut, hand carved, hand dyed, hand stitched, and hand finished leather long wallet... As much as I want to keep this one, I’m giving it away to 1 true fellow Hunter S. Thompson enthusiast. Read below for details. 👇 🦇 HOW TO ENTER: 1 - Follow me - if you aren’t already. 2 - Comment below with your favorite quote from the Good Doctor. 3 - Tag a fellow HST fan at the end of your favorite quote. 🦇 The contest will run from NOW (Tuesday, February 25th 9pm Central) until Tuesday, March 3rd at 9pm Central... The winner will be selected at random & will be tagged in a congratulatory follow-up post at the conclusion of the contest. 🦇 Since this long wallet will be completely free (even the shipping), the contest is limited to people residing within the United States. 🦇 ❗️NOTICE: This promotion is in no way sponsored, endorsed or administered by, or associated with, Instagram. ❗️ 🦇 That is all. Good luck. Selah! 🍻 • • • • #huntersthompson #ralphsteadman #drhuntersthompson #hunterthompson #fearandloathinginlasvegas #fearandloathing #fearandloathinginamerica #gonzojournalism #freakpower #gonzo #fatcity #buythetickettaketheride #batcountry #customleather #leathertooling #leatherwork #handmadeleather #leatherworker
1968 Collier's Encyclopedia Yearbook: Covering the year 1967. Features "The Hippies" by Hunter S. Thompson, a reprint of "The 'Hashbury' is the Capital of the Hippies" which originally appeared in The New York Times Magazine (May 14, 1967) Encyclopedia also features a photo of a rather dapper looking young Thompson haha #Gonzo #HunterSThompson
Check out these amazing posters for @themint400 by @joeyfeldmanartist #gonzo #mint400 #joeyfeldman #huntersthompson
15 Years - Remembering Dr. Hunter S. Thompson Short piece I wrote earlier - https://bit.ly/32eliQf #Gonzo #GonzoJournalism #HunterSThompson #fearandloathing #fearandloathinginlasvegas #politics #literature #journalism
The real power in America is held by a fast-emerging new Oligarchy of pimps and preachers who see no need for Democracy or fairness or even trees, except maybe the ones in their own yards, and they don't mind admitting it. They worship money and power and death. Their ideal solution to all the nation's problems would be another 100 Year War. - Kingdom of Fear #Gonzo #HunterSThompson #gonzojournalism #politics #wisdom #literature #fearandloathing