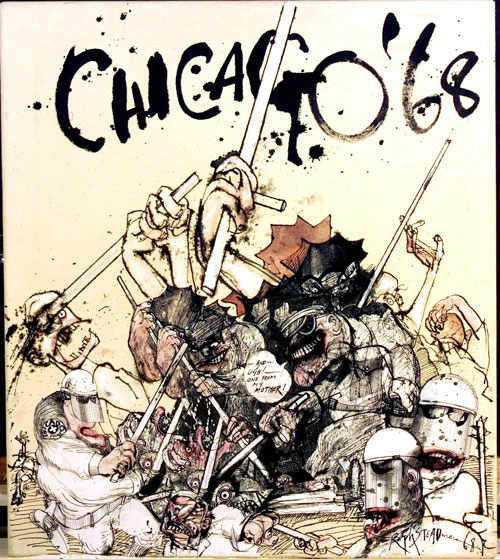 I wrote to my soul sister, Anita Thompson recently: From over here the stakes look weird and unexpected.  Many wanted Hillary and it looks like, in the most perverse way, that Palin woman could win for McCain- in spite of 8 years of the most hideous presidency in living memory- a stumbling economy and a divisive Foreign Policy for the dumbest and the silliest. I wouldn’t have known two weeks ago that you could get to here from there.  It is almost like a conjuror’s Illusion and you look twice to see how the transformation took place. Beware the fickle!   It’s as though party strategists have kept Palin’s ass cool on some floating iceberg up there in Alaska and produced her like a rabbit out of  a hat. That’s entertainment and that is exactly the knack she has. It’s a trick but it’s a neat one. And incidentally, has anyone noticed that PALIN is an anagram. LAPIN is the french word for rabbit.

Speaking as a bloke- albeit a Welsh one!  I don’t find it hard to imagine armies of heavy-breathing guys from Maine down to Alabama and west across to Sacramento, ogling, guffawing, letching and already shifting their earlier resolve to get the Republicans out once and for all and instead saying the Hell with it. That’s for me and you can bring the old ‘un along too.  He’s got a couple of years left in him and he can teach her as they go. Politics goes straight out the window- or maybe that IS the new politics. Politics and Sex!   Sex as Patriotism.  American flag as Bikini. The riots in Chicago in 1968 were, I guess, the first inkling in modern times, to the fatuous  lie called ‘the American Dream’, realised only as Vietnam transformed some Americans from Isolationist do-gooders into thinking protesters.  Just a few thoughts as I watch this Capitol Hill Circus regroup and change the shape of what was, up to last weekend, a ruinous Hurricane. There are still over 50 days to go so even more alarming things can happen. I am so sorry that Hillary and Barack wasted so much time and energy on egos.

Surely, it is enough damning evidence to know that while Sarah Palin was Mayor of a town called Wassila, Alaska, she tried to get the local Librarian to remove certain books from the shelves, including The Origin of Species. This is damning dumbness rearing its head as glamour. Courage is toting a gun and invoking God as some patron saint of compassion for the chosen few. God is a private and personal matter and we should be allowed to imagine him, it or her, or not,  in whichever way we choose. God as nature is a mean sonofabitch and all are witness to some of the worst examples of its power and have been victims to it since a life supporting atmosphere allowed organisms to crawl around and feel at home. And man evolved and learned from this meanness and ‘humanity’ was born.  In my book, ‘THE BIG I AM’ I imagine a scenario and course of events to ‘explain’ how it all came about.  But that had to be entertainment just as politics has always been.  Now I am lost and hold no compelling convictions.  America is lost too, but this election is making a theatrical stab at something while carrying along in its baggage some of the worst, most reactionary bullshit from its blinkered past, into this new century. 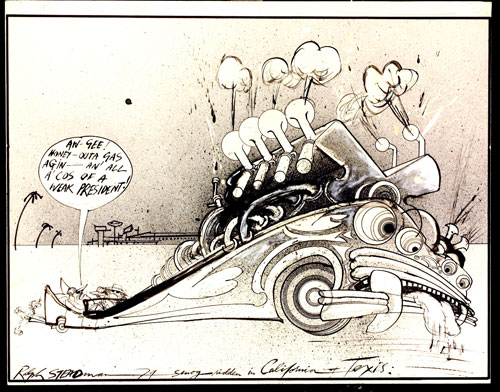 At Caffè Greco, the oldest cafe in Rome. Frequented by Keats and Byron in their day. Thanks for the tip @croninjohnny
Warren Zevon should have been in the Rock 'N Roll Hall of Fame YEARS AGO....time to make things right.
We've lost a guitar legend, the mighty @jeffbeckofficial - do yourself a favour and listen to Blow by Blow in its entirety. Sublime.
Ah Pushkin, that mouse was so close...
A great year but missing my friend Pushkin that went missing one Wednesday and never returned. Hope you are out there somewhere having fun!
Happy New Year