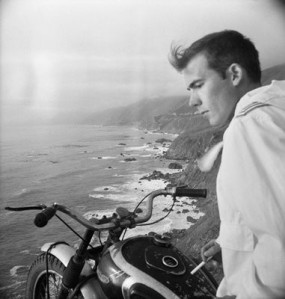 The Edge…There is no honest way to explain it because the only people who really know where it is are the ones who have gone over. The others – the living – are those who pushed their control as far as they felt they could handle it, and then pulled back, or slowed down, or did whatever they had to when it came time to choose between Now and Later. But the edge is still Out there.

A message from Anita Thompson